“Daytons Bluff”
David Stackenäs & Klaus Ellerhusen Holm
The dry but warm sound of wood, steel, divergent tunings and interweaving patterns combined with a vague image of Appalachian woods and chequered shirts. These are the things that came into my head when picking my brain about this duo. I had been listening to American folk inspired improvised music for a while before doing this recording, and wanted to try something similar but with the perhaps less usual combination of clarinet and guitar. Then I contacted David Stackenäs who’s playing I had been relishing for some time, and the group was formed in 2013. “Daytons Bluff”, the duos first recording, track one and
two was recorded live at Blow Out in Oslo, while the remaining tracks where recorded in David’s studio in Stockholm during May 2016. I’m very glad we finally got to finish the music and get it out into the public, hope you enjoy it.

Short bio:
David and Klaus has been working together as a duo since 2013, when they played for the first time at the Kontak festival, curated by New Music Tromsø. Since then they have been playing together on a regular basis also including other groups like Ballrogg and Stackenäs commission piece for eight improvising musicians for the Rank Festival in 2015. Both Stackenäs and Holm have collaborated with musicians that might be described as the crème de la crème of the international improvised music and creative jazz scene.
Through many years of playing together they have developed an intuitive and personal musical dialect drawing inspiration from both folk, improvisation and contemporary-composed music. The music is presented in a straight forward manner with lots of energy. 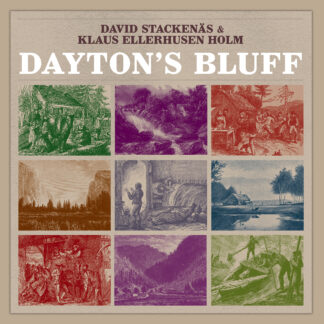